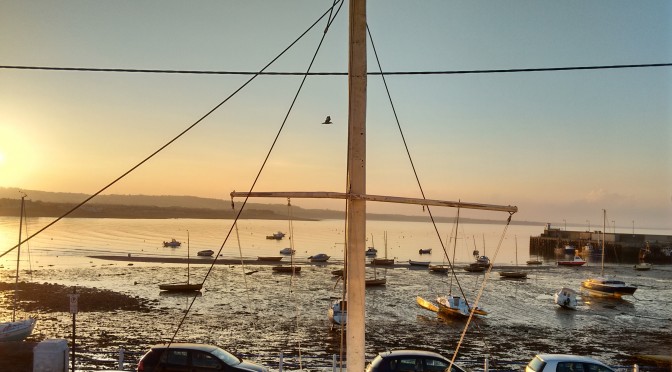 October series has past the half way stage with 4 out of 6 races complete.  Hard to believe we lost 2 races last Sunday to “no wind” in October!  The PY series is being lead by Colman Grimes on 4 points followed by Cathal Sheridan on 10 and Sam Shiels on 12.  The Progressive series is also lead by Colman on 6 points with Shay O’Toole on 12 and Gerry Byrne on 12.5, somewhat closer.  Hopefully we will get in another 4 to 5 races over the next two days.  The Mermaid Club challenge after 4 races, and taking the top 4 boats from each club, sees SSC in the lead at 34 points with RSC with much to do at 76 points.

Racing continues with first gun at 11.00 sharp!  As the Ireland vs. Argentina match starts at 13.00 we plan to run 2 short races of c35 mins each max and be coming off the water no later than 12.35 .  This will require not only starting on time but a quick turnaround time between races. So stay alert!  Weather looks light at F3/3 NE.  (High water at 15.09)  Rescue support provided by Jean Horan/David Marshall/Eoin Kelly.