Our Winter Talks program commences in late January.  Details as below.  All talks begin at 20.30 hrs and are open to both members and non members.  Invite a friend!

20th January ‘16 – The Longitude problem and the development of the marine chronometer by Barry Kenny, Commodore DMYC 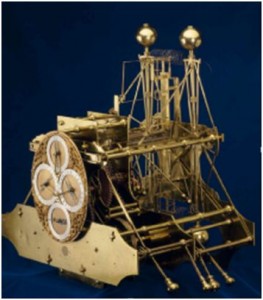 Determining position east or west was a major problem for all mariners before the end of the 18th century – hear how a Yorkshire carpenter changed all that.

3rd February ’16 – Half Hull Models – the CAD/CAM of the steam age! by Declan O’Bannion, SSC

Before modern techniques became widely used, the half-hull or half-model was a key tool, used by Shipwrights, in the design and construction of ships and yachts. Hear how this early tool was made and used.

Learn about the history, responsibilities and equipment used. 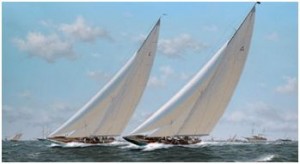 The America’s Cup is associated with large swanky and wealthy yacht clubs but a quarter of a century ago events which shook the sailing world to its core demonstrated that even small local yacht clubs can shove their oars into this most prestigious of contests. The SSC’s Gerry Byrne attended one of the America’s Cup’s most bizarre contests, a match which proved that clubs like Skerries are more than qualified to mount a challenge for the Auld Mug